Tarantella – Music from the South

The traditions, the food, and the culture that characterize southern Italy offer unexpected surprises. We absolutely love one of the most evocative types of traditional music and dance, which harken from the south.  There is ancient lore that women going into the fields to cut the grain they grind for bread and pasta would sometimes be bitten by the imaginary tarantola (tarantula or wolf spider) while out working with their sickles. This spider’s venom was the reason given for all kinds of problems: psychological, sexual, rebellious, depression, anger—things that could not be expressed or openly discussed long ago. The “resolution” links ancient paganism and Christianity. There would be exorcisms, one or several at a time, in public piazzas, drawing large crowds of curious onlookers; with small bands playing hypnotic, fast-paced, repetitive music all day, and sometimes, throughout the night.  “Tarantella” refers to a constant rhythmic beat and frenzied dancing that mimics the “tarantati”, the bitten ones.

The instruments could be one or a combination of tambourines, steel string guitar, accordion, violin and the primitive rudimentary “cupa-cupa”: a clay pot covered with stretched goatskin in which a piece of damp cane is inserted in the middle and rubbed, producing a low, monotonous growling. The percussion of the tambourine was the most essential. The women would dance, starting by crawling to imitate the spider, then rising up, clapping hands and stamping feet, jumping and twirling frenetically, arms raised, sometimes for hours, until collapsing. Many people would participate, taking turns singing and playing and dancing with the “possessed” ones.

The tradition spread from the Salento region in Puglia all over the south: Sicily, Calabria, Naples, and Basilicata. The music and the dancing are almost identical, what changes are the local dialects used in the songs. 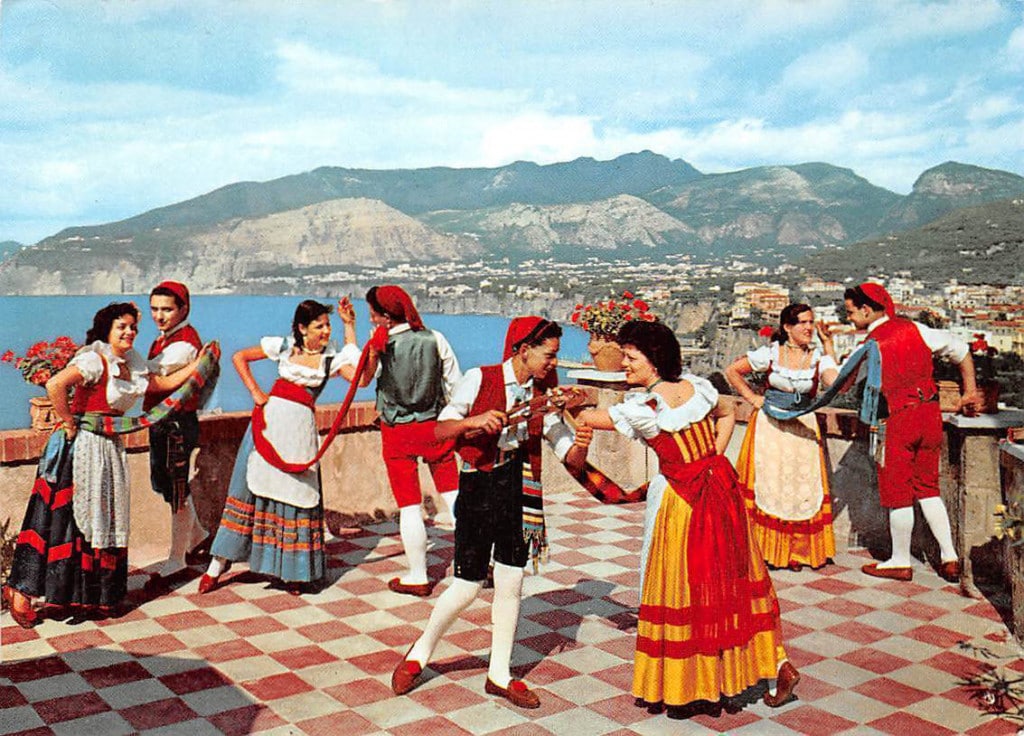 On our Puglia tour we walk though the sleepy, mythical town of Giurdignano where we visit ancient menhir (which would be washed with milk under the full moon) and dolmen, underground churches, an underground olive press, and a small tabernacle along the dusty roadside with a fresco of Saint Paul and a tarantula with its web. 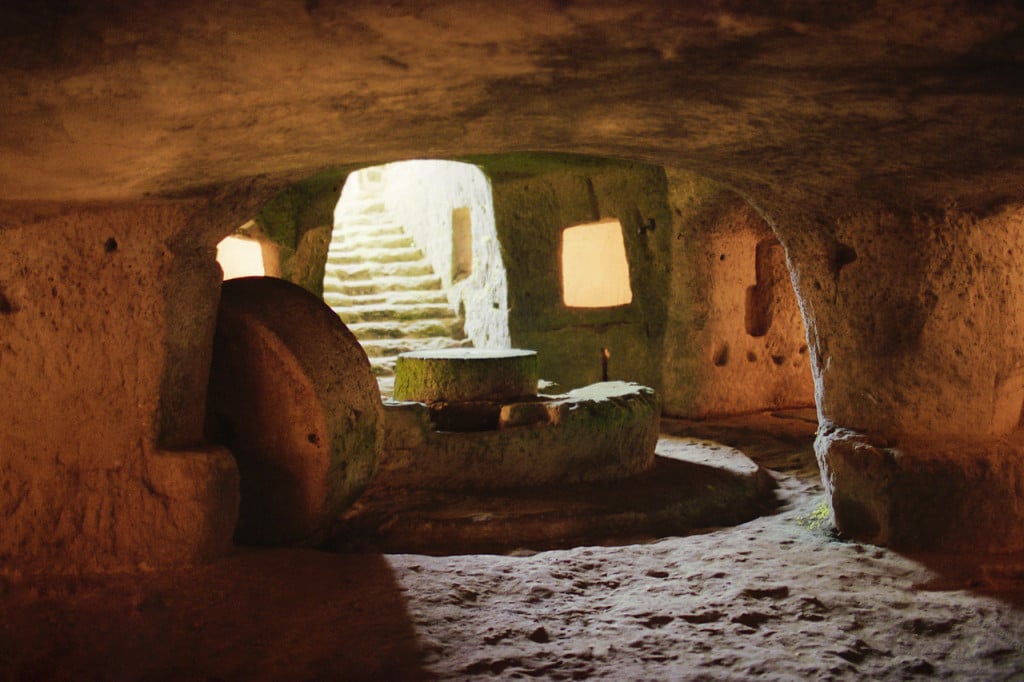 The dance itself evolved to include a courtship dance, called the “Pizzica”. Pizzica means to pinch or nip, but also to pluck a stringed instrument. The dance is also known as the Pizzica do Core, (twinges of the heart) or Pizzicarella. The rhythmic, hypnotic music is accompanied by poignant singing of poetic lyrics. The dance becomes passionate, with the woman carrying a flame colored scarf as she twirls and dances with numerous men, giving it at the end to her chosen suitor. Their feet move so quickly they seem to blur.

Now a popular genre, there are festivals celebrating the Tarantella all over southern Italy. However, the original legend comes from the tiny town of Galatina in southern Puglia. The “mother” church is dedicated to Saints Peter and Paul who supposedly gave the poisoned women holy water as a purge. The town is known for a month long festival that illuminates the streets every June. It is a noisy almost Dionysian ritual procession accompanied by traditional music, song, dance, and of course traditional food and hearty local wine.